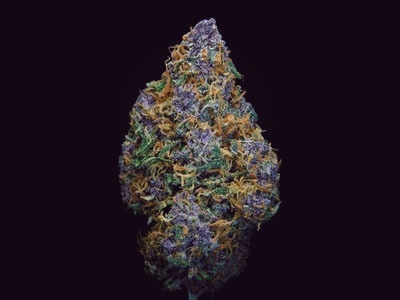 A New Era for Cannabis in Virginia

When Virginia became the first southern state to pass legislation (HB2312 and SB1406) legalizing adult use recreational cannabis in February, it opened up a huge universe of possibilities. For future growers, processors, wholesalers, testers, retailers and the ancillary businesses that will emerge in the new markets, 2024 does not seem that far away. As of March 31, Governor Northam has sent the legislation back with a few amendment proposals, but we anticipate that the regulatory framework will be formalized and signed into law in 2022. Therefore, over the next year this article series will track legislative developments as we get closer to learning what the framework will actually be. Important questions from social equity, to licensing, banking and financing and who the players are will be reviewed and analyzed as a helpful tool for those interested in Virginia cannabis and the cannabis industry broadly.

To think about where we may be heading it is essential to consider where we have been. This series will also look to other state roll outs of recreational cannabis for clues as to what Virginia’s system will look like. Some states have done it better than others, which really means, some states have avoided costly mistakes which led to litigation. A fair and transparent process that allows for maximum participation while at the same time accounts for cannabis prohibition’s history from a social equity standpoint seems to be the overarching goal in Virginia. How it get’s there is something to observe closely.

Seizing on the Moment

As a watershed moment for southern states, Virginia’s decision to enter into the legal cannabis market may lead to a break in the dam for other states to follow. Most states have some form of legalized access to cannabis but only 15 states have full recreational use for adults. Stemming from the tax revenue opportunities  seen by legalized states, some states in the south that have been slower to embrace full legalization will be watching Virginia closely and potentially following suit. Others may be waiting for the federal government to address cannabis with a comprehensive legislative approach. For its part the federal government has largely played a hands off role when it comes to state sanctioned cannabis markets. Current legislative activities including the newly reintroduced SAFE Banking Act which has received bi-partisan support provides good insight into where things are heading nation wide. With multiple states moving ahead with plans for legal cannabis markets it is clear that the federal government will have to act to square the clear conflict between state and federal law. More on those subjects at a later date!

Focus Points of this series

Over the next few weeks our journey will begin by exploring three areas:

Social Equity as an important pillar of Virginia’s legislation

Governor Northam made clear his opinion that cannabis prohibition unfairly and disproportionately effected communities of color.  His decisions have largely been influenced by the 2020 JLARC study which showed black Virginian’s facing three times the incarceration rates as whites, while using cannabis at similar rates.  Further, the study showed that since marijuana possession was decriminalized in 2020 with a $25 civil fine for possessing up to one ounce, that the disproportionate trend continued. In a press release on March 31, 2021 the governor proposed amendments to the current legislation focussing directly on social equity initiatives. First he proposed speeding up legal possession of up to one ounce as soon as July 1, 2021. Second, he proposed accelerating expungement efforts to seal criminal convictions for cannabis related offenses. Both efforts were done under the social equity goals of the cannabis legislation.

Looking ahead for businesses and licensing, the legislation’s social equity language seeks to provide licensing preferences to communities of color and establishes a Cannabis Equity Reinvestment Fund which will among other things, direct 30 percent of cannabis related tax revenues towards loans for qualified cannabis businesses in communities disproportionately effected by prohibition policing. In the current house bill, the licensing caps have been set at 400 retail marijuana stores, 25 marijuana wholesalers, 60 marijuana manufacturing facilities, and 450 marijuana cultivation facilities. The senate bill allows a Virginia Cannabis Control Authority Board of Directors to set those limits. The question that remains is how many licenses will be set aside under social equity initiative and what will the qualifications for those licenses be. One thing businesses looking to take advantage of those licenses will be seeking is clarity and transparency. That transparency and perception of fairness will a key to avoiding pitfalls some other states have faced in their roll outs.

Out next stop will look towards other states to observe what roll outs have been successful and which ones have faced more challenges. Virginian’s and those who wish to participate in Virginia’s cannabis economy can learn from other states’ markets and this series will review a few situations to share a few learning opportunities. Licensing access is a crucial component of recent litigation and will likely be an important feature of Virginia’s new laws.