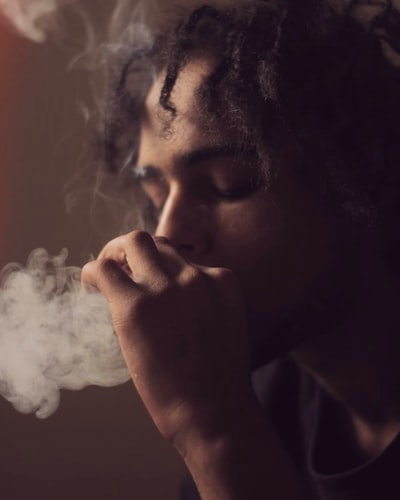 This article explores the impact that the pandemic has had on men in particular and what that might mean for the CBD industry. In September and October 2020, High Yield Insights ran a national study on consumer lifestyles, the impact of Covid-19, and an in-depth questionnaire on CBD usage. Nearly 13,500 men aged 21+ in the US responded to questions about stress, anxiety, sleeplessness, and other changes to life resulting from Covid-19.

We were keen to understand not only what people were experiencing but also to quantify what nearly everyone was feeling: a higher level of anxiety in 2020 compared to the prior year. Many of us will no doubt identify with one end of the spectrum: an already high baseline of stress seriously compounded by the new normal inflicted by the pandemic. Some lucky few reported mild differences but many, including many of the men in the survey, ranked current anxiety levels much higher (on a 10 point scale) than at the same point in the prior year.

Yet lingering gender norms and legacy traditions of masculinity demand men display stoicism in the face of stress, a near impossibility when trying to live through a pandemic. This issue was on the mind of Jay Hartenbach, CEO of leading CBD company Medterra, when he shared his perspective in a recent discussion with High Yield. Hartenbach explained how Medterra has seen “how the pandemic is changing societal norms, and one of those things is just talking about mental health and stress. There is an acknowledgment that men can find it more difficult to talk about ethereal conditions which are not tangible. This pandemic is changing that.”

Soaring Stress for More than Half of Men

Between 2019 and 2020 more than half of the men reported an increase in their stress and anxiety levels. The lockdowns imposed to curtail the spread of COVID-19 saw many stuck at home, socializing less, battling the boredom of being furloughed, or juggling work with childcare and domestic responsibilities. The impact of this dramatic change on their lifestyles has left one in three men (34%) feeling extremely stressed. These so-called “Super Stressed” men rank current stress levels at 8, 9, or 10 out of 10. While about half of the Super Stressed experienced 2020 as a continuation of an unfortunate longer-term trend, many of the Super Stressed experienced a spike in stress to reach a score of 8, 9, or 10.

See also  What You Need to Know When Buying a Cannabis Business, Part 3: Hiring Your Lawyer

Just over half of the Super Stressed men said that there had been little or no change to how they were feeling (either falling or rising by just one or two points). A quarter of the Super Stressed men recorded a rise in their anxiety from moderate levels (scoring 3,4,5) in the previous year. An unfortunate 3% were plunged into a much more stressful situation, having been not at all stressed in 2019, and then scoring the highest levels of stress in 2020.

Demonstrating the deep impact of the pandemic, more than half of the Super Stressed identified five or more changes to their lives owing to COVID-19, many fundamental to mental health and wellbeing. This turning upside down of daily routines, shifting responsibilities within the home and increased insecurities around employment have all had a role to play in elevating stress and anxiety levels among men.

This plays out in High Yield’s data which shows that men are up against a double-whammy. For men already finding it hard to reach out, social isolation during lockdowns has made this even harder for most.

Anxiety and depression have affected the sleeping habits of many Americans as High Yield has explored in the past Of Super Stressed men, almost four in ten (37%) have experienced sleep issues and no doubt job losses, pay cuts, and reduced hours (which have affected one in four) have left these men feeling even more burdened.

However, it is not all doom and gloom. America’s Super Stressed men are looking for ways to take back control and almost half are actively trying to lead healthier lifestyles. The latest data from Sensor Tower, which monitors app store activity on mobile devices, found that mental health apps such as Calm, and Headspace recorded higher than average downloads since the pandemic began. This suggests that people are taking steps to safeguard their mental health during these unprecedented times as well.

Creating Room for a Conversation

What this does do, however, is create the opportunity for CBD brands to create a platform to encourage conversations around mental health and to encourage customer service agents to create a human touchpoint with brands rather than just driving sales. This is something that Medterra advocates to the extent that their customer service agents do not have targets for call numbers or how many they close as is common in more transactional customer support services.

Nearly half of the Super Stressed men express a preference for natural remedies, instead of pharmaceutical drugs. This, alongside,  the normalization of discussing mental health rather than brushing it under the carpet, bodes well for the CBD industry and the role it may play in balancing moods and aiding sleep. (The substitution effect specifically is covered in more detail in High Yield’s research on sleep issues as well.)

The majority of Americans have heard of [CBD], but don’t know what it does. By creating specific products with specific functions will help with that. At the most basic level that’s what you do. To go one step further you can have a conversation where we can talk about it openly. We’ve talked about doing creatives around “Hey it’s ok to admit that this is hard and we are here to help.” – Hartenbach

Almost half (46%) of the Super Stressed men don’t currently use CBD but expressed an interest in trying or learning more about it. They prize advice from a physical or mental health provider above other sources of information on CBD. However, data from Cleveland Clinic’s MENtion campaign shows that men are more likely to put off trips to the doctor, meaning that they are likely to be less exposed to advice from this source. Instead, friends and family recommendations will step up to form a key part in educating men on CBD products. Running campaigns, striking up appropriate sponsorships, seeking partnerships with care providers, and making other efforts can encourage open conversations on mental health. If brands can authentically help create a space for that discussion, the role of CBD in managing stress and myriad other potential benefits becomes a natural part of the conversation. Thus brands can earn the right to educate and encourage product trials by a consumer base already interested in CBD and in desperate need of relief from stress and worry.