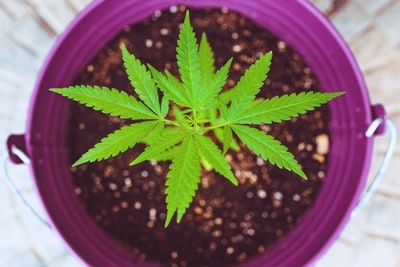 President Joe Biden’s proposed 2022 budget is a mixed bag for the District of Columbia.

On one hand, the newly released $6 trillion spending plan includes $40 million for a program that allows D.C. residents to pay in-state tuition at public colleges and universities anywhere in the U.S. — a boon for D.C. residents, according to D.C. Del. Eleanor Holmes Norton, who sponsored the bill that created the program. The spending plan also allows D.C. to spend its own money during a federal government shutdown, among other District-friendly provisions Norton heralded on Monday.

But the budget fails D.C. in one big way, Norton says: It maintains language that blocks the city from legalizing and taxing the sale of recreational marijuana. That ban, known as the Harris Rider, has been loathed by D.C. statehood supporters and cannabis activists since Rep. Andy Harris (R-Maryland) introduced it in 2014.

“I am having a hard time reconciling the administration’s strong support for D.C. statehood, which would give D.C. not only voting representation in Congress but also full local self-government, with a budget that prohibits D.C. from spending its local funds on recreational marijuana commercialization,” Norton said in a statement Monday. [Read more at DCist]

Groups From 56 Countries Ask UN To Ensure Secretive ‘Cannabis Initiative’ Is Open To...