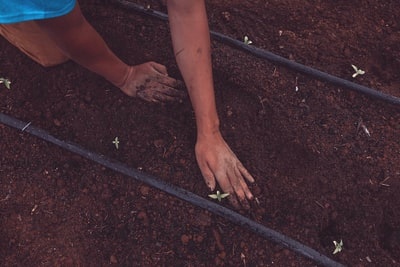 On a recent trip to visit family, my mother-in-law dusted off (literally) some classic toys from storage. How she still had a trove of gently used toys from the ‘70s and ‘80s is something of a mystery. Apparently, she had been waiting for just the right moment.

Included among the unearthed treasures was a vintage Playskool kitchen complete with pots, pans, and a pantry stocked with miniaturized grocery staples. After recovering from the wave of nostalgia, I was struck by another thought: how many of the products in the kitchen are still around today. After a brief audit of the pantry, I had assembled a trove of tiny packaged goods.

Spend a moment with this picture. How many of the brands are immediately recognizable? Five? Six?

How have brands like Raisin Bran, Del Monte, and Heinz Ketchup survived? Marketing obviously plays a role. Iconic packaging (Campbell’s, notably) does as well. Returns to scale, pricing power, and numerous other factors might spring to mind.

Consider a less obvious reason. Think of your last taste of Heinz Ketchup. Be it last week or decades ago, Heinz Ketchup is exactly the same today. (There’s a degree to which the unique nature of ketchup helps explain the success of Heinz, but let’s set that aside.) Maxwell House, conversely, can’t possibly taste the same 129 years after its debut but a core aspect of the brand’s identity remains unchanged: Maxwell House delivers a satisfactory cup of coffee at a price point hard to match. (No doubt Tom Petty would offer a rosier perspective on Maxwell House if he were still with us.) Whatever else household brands in grocery and drug stores might represent, each is consistent. The brand delivers on its promise every time.

(A brief sidebar: Creating and managing the consumer’s expectations is an art mastered by successful brands as well. For instance, that 20% of former CBD users drop out of the category because the results weren’t as hoped points to a challenge in the messaging just as much as the product. [Based on High Yield’s Q4 2020 CBD Consumer Insights study.] Yet the guardrails around marketing and advertising in cannabis, even CBD sourced from hemp, make getting that messaging out to the consumer much more difficult.)

Returning to our image of tiny dog-eared boxes, think of a brand not represented in the picture. (For that matter, think of an entire center aisle in the grocery store.) Perhaps due to the whims of time, soda wasn’t to be found in the Playskool kitchen cabinet. If solving the challenge of delivering consistency is key to the success of consumer brands such as those pictured, it’s the absolute lifeblood for the likes of Coca-Cola. Imagine if there was a chance, albeit very slight, that Diet Coke might taste different from one store to another. Or taste identical but today’s Diet Coke has far more caffeine. Perhaps Diet Coke in Missouri is sweetened with aspartame while in California Diet Coke is formulated with stevia. The list goes on.

For all the talk of companies the size of PepsiCo and Coca-Cola entering into cannabis in the United States, delivering a consistent consumer experience is a critical need that is as yet unmet on a large scale. Recognizing the obstacles to consistency inherent to cannabis as it stands today – Byzantine regulations, hamstrung research, much less the nuances of the endocannabinoid system – the industry is still in something of a Catch-22 position. If any cannabis brand is to become the fill-in-the-blank of cannabis as we hear so often, the inputs must be available at scale and as close to identical from the first milligram to the millionth. That’s an obvious condition for strategists in cannabis who have been tackling the challenge of predictable consumer products for years. It just happens to be the same condition that, if met, would bring down a barrier to entry for big brands.

At the moment, the consensus seems to be that the only probable route into the cannabis market for the likes of the Fortune 500 brands mentioned is through hemp-derived cannabinoids. Even so, PepsiCo can’t flip the switch and launch a mass-market cannabis product. (The company’s venture into hemp under the Rockstar brand in Germany notwithstanding.) Jason Pickle, the co-founder of Volunteer Botanicals, described the challenge in a recent exchange:

“Mainstream nutraceutical and pharmaceutical companies are salivating at the chance to include cannabinoids in their products. But they can’t move forward without the right ingredients.”

Volunteer Botanicals converts hemp crude, distillates, and isolates into, as the company puts it, “building blocks for product creators”. Volunteer seeks to make hemp-based ingredients reproducible while solving the flip side of the consistency challenge as well: efficiently manufacturing at scale. If creating capsules containing CBD isolate can’t be done in high-speed production processes, consistency is moot.

Nor does the issue stop at CBD. So-called minor (we prefer ‘second generation’, reflecting the consumer’s perspective) cannabinoids have to be accounted for. Based on High Yield’s recent study on cannabis consumers, we know nearly half of CBD consumers prefer to purchase products containing additional cannabinoids like CBN or CBG and we expect that figure to climb steadily.

Pickle spoke to Volunteer’s vision for the industry, stating:

“We are working with a lab out of Oregon, Zero Point Extraction and recently developed a first-of-its-kind 1:1:1:1 ratio capsule with 15 mg each of CBD, CBDa, CBG and CBGa. It’s precise cannabinoid formulations like these, combined with traditional nutra- and pharmaceutical ingredients, that will be the lynchpin in creating more consumer-friendly products.”

The reference to nutraceutical ingredients is worth noting. For instance, High Yield’s research found that relative to CBD consumers in general, CBD beverage drinkers over index on “added/enhanced ingredients” as a desired product attribute among others, including “reliability”.

We expect brands to offer repeatable experiences. It is through these experiences, repeated one box of Rasin Bran after another, that consumers build lifelong connections with brands to where a grilled cheese sandwich just isn’t the same without a steaming bowl of Campbell’s tomato soup.

The post What Cannabis Brands Can Learn From The Playskool Kitchen appeared first on Cannabis Business Executive – Cannabis and Marijuana industry news.

What Cannabis Employers Should Expect – and How They Should Prepare – for the...