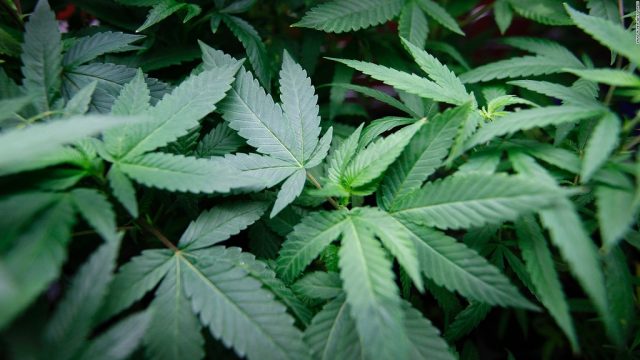 ASBURY PARK, N.J. – Michael Blades expressed his intent of establishing the first cannabis dispensary along with the marijuana legalization in Asbury Park, New Jersey. Blades claimed that this move will not only benefit his business interest but also the government and the public.

According to him, his plan will be advantageous as it will contribute to the financial stability of the city and the state. He is also hopeful that it will be profitable and cost-effective for him and his business status. However, he still needs to adhere to the state’s rules and regulations.

Asbury Park is assumed to be the newest marijuana market in New Jersey. This being said, it seemed but normal for the City Manager Michael Capabianco to receive numerous queries about marijuana dispensaries. According to him, they have obtained about 30 concerns related to inaugurating a marijuana dispensary in the city.

The city has also conducted a survey, and Mayor John Moor revealed that only 10 percent of the people were against the idea of launching a dispensary. Moor said they were informing the people about the pros and cons of the proposed plan.

However, it was said that Asbury Park may allow the building of the first marijuana dispensary in the city. This is because the public leaders have shown their support even before Governor Phil Murphy revealed his plan on the recreational marijuana legalization in the state.

Reports said four of the majority of city council members support the authorization of pot dispensaries to open. However, Yvonne Clayton, the council’s fifth member, stated that she is uncertain of legalizing recreational marijuana or allowing business to flourish in the area. She said medical marijuana is a more reasonable case.

READ  FDA Approves a Trial on Marijuana for Veterans With PTSD

Most of the people also support the plan which keeps the business initiative moving, although not all of the community. Some of them are anxious that marijuana legalization will only worsen things and create a more rambunctious environment. Along with the supporters is the local NAACP.

The President of the Asbury Park-Neptune Chapter of the NAACP, Adrienne Sanders, said they are advocating the establishment of marijuana dispensaries in the town. She is hopeful that this plan will open up an extensive opportunity that will promote reinvestment using taxes collected from cannabis dispensaries.

She also added that the plan might lead to lots of business opportunities and wants to see a boost that will support even the minority businesses. Sanders also believes that marijuana legalization in Asbury Park will reduce marijuana-related crimes.

Although most of the people believe that marijuana will bring goodness to the city, there are still those who oppose and think otherwise. Teretha Jones, a community organization volunteer in Asbury, said that the city does not actually care about the effect this would bring to the society. Instead, the advocates are just too excited for more profits and income they will gain. Jones claims that this will only lead the city to chaos and a more dangerous atmosphere.

Disappointments of Recreational Marijuana Use

Berkeley Mayor Carmen Amato, Jr., expressed his utmost disappointment about the permission of pot dispensary considering that they are doing the best they can to educate their people about the long-term effects of drugs. Some of the people also expressed their disinterest and qualms about the recreational marijuana legalization and dispensary in the state.

READ  How CBD Beverages are taking on the Market?

Marijuana Industry Stocks: Many Business Range but One Common Theme

New Jersey To Slow Down Marijuana Legalization With A New Proposal