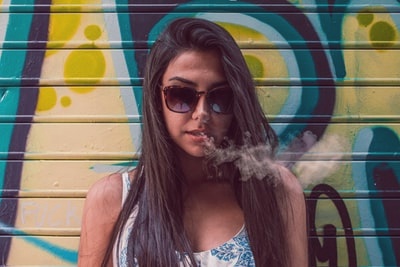 In recent weeks, I have spoken to several entrepreneurs interested in growing cannabis in Africa for exportation to the United States and other markets. It is not hard to see their attraction to the idea: The areas in question have suitable climates to grow cannabis, while inputs such as land and labor are relatively inexpensive. There is still a way to go before it becomes a straightforward to import hemp to the United States as it is to bring in oranges, but importation of raw materials is the logical direction to follow if market forces are heeded.

As the cannabis industry continues to internationalize, it would do well to pay attention to the issue of forced labor. Enforcement activity against the importation of goods made using forced labor has become a major focus area for U.S. Customs and Border Protection (CBP). The cannabis industry has the opportunity to get things right from the start, avoiding the pitfalls encountered by companies in other sectors.

By way of background, U.S. law prohibits the importation of “goods, wares, articles, and merchandise mined, produced, or manufactured wholly or in part in any foreign country by convict labor or/and forced labor or/and indentured labor under penal sanctions” (19 U.S.C. § 1307). In turn, forced labor is defined as “all work or service which is exacted from any person under the menace of any penalty for its nonperformance and for which the worker does not offer himself voluntarily.” This prohibition has been on the books for a long time, but in recent years has really come to the forefront. In addition to the ethical imperative of doing all they can to avoid becoming complicit in forced labor, U.S. importers also have to be concerned about the potential for supply chain disruptions, fines, and even jail sentences.

For business opportunities overseas, cannabis companies must keep forced labor concerns front and center. Obviously, any suggestions that forced labor is being used by a supplier must raise immediate red flags. However, CBP is demanding much more from importers, as those who find themselves the target of a CBP “focused assessment” (audit) are learning.

See also  California Cannabis Litigation: Who Should Be Sued?

The necessary work begins at home, with companies establishing proper internal policies on forced labor. Relevant staff must receive training on the subject. Supplier vetting must incorporate forced labor risk assessments. Contracts with suppliers must specifically prohibit the use of forced labor and ensure access to internal or third-party auditors.

While no industry should consider itself exempt from the risk that its supply chain will be contaminated by forced labor, agricultural production is of particular concern, as demonstrated by some recent forced labor cases. Back in December 2020, the Supreme Court heard arguments in a case brought against U.S-based Nestlé and Cargill by six Malians “who claim they were kidnapped and sold to cocoa plantations along the Ivory Coast as children.” A couple of months earlier, CBP issued a forced labor finding against a stevia producer in China’s Inner Mongolia region. However, cannabis companies need to pay attention to all the products they import, not just cannabis itself. This includes goods such as clothing and smokers’ accessories.

Undergoing a CBP audit is unlikely to be a pleasant experience for any company, but preparing for the eventuality of one is essential for a successful outcome. Moreover, there is no reason to expect CBP will cut cannabis companies any slack. As they say, however, forewarned is forearmed.

Becoming ‘Plastic Negative’: How Cannabis And Hemp Can Lead The Way In Regenerative Farming

What Can, Can’t You Do With Cannabis in New Jersey Now?