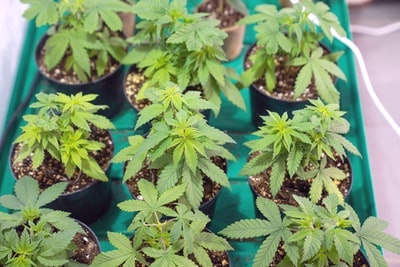 Given the early success Arizona marijuana dispensaries have seen in the sale of recreational marijuana, it is no surprise that investors and entrepreneurs want in on the action.[1]However, Arizona’s licensing system proves to be a substantial obstacle for new entrants into the market. First and foremost, there are a limited number of licenses available. The Arizona Department of Health Services may not issue more than one license for every ten registered pharmacies in the state of Arizona, which equates to about 130 licenses. This is particularly challenging for new entrants, as existing medical dispensary owners were given the first crack at recreational licenses.

During the first application period, which ends on March 9, 2021, the department only accepts applications from two categories of applicants. The first category is nonprofit medical marijuana dispensaries that are registered and in good standing. As there are 130 medical marijuana dispensaries, most, if not all, of the recreational licenses will likely be tied to those establishments.

The second category of early applicants is entities seeking to operate a dispensary in a county with two or fewer existing medical marijuana dispensaries. These licenses exist outside of the one license per ten pharmacy cap placed on the first category. While this category provides an opportunity for new players, there are only 12 licenses available. The application requires a host of information, such as a financial institution statement and a zoning approval form. It could prove challenging to get all the requisite documentation together in a short period of time. Even if one began the process weeks ago, the 12 licenses will be issued under a lottery process if there are more applications than licenses.

Therefore, unless one is an existing dispensary or prepared an application for one of the underserved communities weeks ago, there is no realistic way to apply for a new license at this time. This leads to the issue of how someone can break into the industry without having or obtaining a dispensary license in the next month or so. There are two notable options: waiting for a license under the Social Equity Ownership Program or entering the cultivation and distribution space.

If the end goal is operating a dispensary, as opposed to finding an alternative route into the industry, then the next application opportunity is through the Social Equity Ownership Program. This program is intended to promote the ownership and operation of dispensaries by individuals disproportionately impacted by the enforcement of previous marijuana laws. The department will issue an additional 26 licenses under this program.

At the moment, there is little guidance on the program. The department has yet to issue rules, regulations, or timelines. Although it is unclear how the program will operate in Arizona, states like California, Illinois, and Michigan have adopted and implemented programs with the same goal. There are varying degrees of success between these states, so Arizona has the benefit of learning from those mistakes and successes. The department website will be updated as more information on the Social Equity Ownership Program becomes available.

While procuring a license may be difficult given the cap on the number of licenses and the uncertainty of the Social Equity Ownership Program, there are other ways to get involved in the industry—notably, through marijuana cultivation and distribution. Unlike operating a dispensary, there is a way into the cultivation space without going through significant red tape with the department.

The department does not issue cultivation “licenses” to new entrants. Instead, an existing dispensary can apply to add a cultivation site as an add-on to its license. Vertical integration of marijuana cultivation, distribution, manufacturing, and sales operations is required in Arizona. Meaning, each cultivator and manufacturer must be associated with a license. Although a new entrant may not be able to obtain a license from the department, a company looking to get into the marijuana industry can contract to use a dispensary’s growing rights.

There may be many benefits to leasing cultivation rights. First, the lessee can focus on actually growing the flower, without having to worry about managing a retail store and the responsibilities and costs associated therewith. Additionally, it can be much less expensive to lease the rights instead of purchasing a license, as the current asking price for some highly coveted dispensary licenses is about $15 million. That cost does not include the expenses associated with operating the business. Finally, the Arizona marijuana market needs more cultivation sites and the start-up costs can be prohibitive for certain dispensaries.

Further, the dispensary can help ensure the site provides it with a consistent stream of product. This is particularly important as those in the Arizona marijuana industry forecast a supply shortage in the foreseeable future. COVID-19 delayed construction of new cultivation sites and the recreational market launched sooner than some operators anticipated. As a result of the increased demand for flower, the price per pound has dramatically increased. Before recreational marijuana was legalized, the price per pound was about $700. Now, it is averaging $2,000, subject to adjustments based on how the cannabis is grown. This price is projected to increase until supplies catch up with demand.

See also  Are the editors high? Why trendy news features on pot are a bad idea

This is a complex area where the rules and regulations are changing fast, and companies may want to consider working with knowledgeable counsel who can assist with navigating the many complexities.

[1]Please note Federal law still makes it a criminal offense to manufacture, distribute, dispense, or possess marijuana, even where state law authorizes its use.

If You’re A Cannabis Patient In Utah, Here’s Why You Can No Longer Cross...