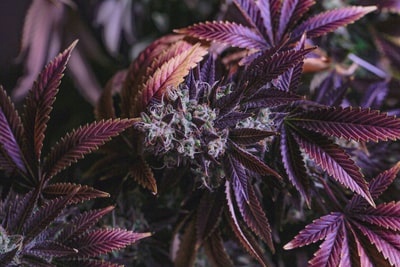 Moving to end one university’s decadeslong monopoly on supplying marijuana for U.S. research, the Drug Enforcement Administration (DEA) said last Friday it will soon issue licenses to a number of growing facilities. Since 1968, only one operation, the University of Mississippi, has been licensed to supply marijuana to U.S. medical researchers who want to explore its value for treating conditions including post-traumatic stress disorder (PTSD) and chronic pain.

DEA announced on its website that it had sent a memorandum of agreement (MOA) to several manufacturers that had applied for licenses to grow cannabis for research studies. The memos come less than six months after the agency published a final rule describing how exactly the program would work. And they mark a huge shift after years of delayed license applications. Although consuming marijuana is legal for medical purposes in 36 states and for recreational use in 17 states, consumption remains a criminal offense under federal law.

“We were euphoric. This is a victory for scientific freedom. It’s finally a chance to use real-world cannabis in our own studies and supply genetically diverse cannabis to scientists across the nation,” says Sue Sisley, the president and principal investigator at the Scottsdale Research Institute (SRI), which received one of Friday’s MOAs. In 2019, SRI sued DEA to force it to end years of delay in processing license applications. Two other applicants, the Biopharmaceutical Research Company and Steven Groff, a physician in York, Pennsylvania, also received memos from DEA, The Wall Street Journal reported. [Read more at Science Mag]

Marijuana Vacation Rentals Remain Niche But Are Catching On

Amazon still says no to drugs, and is booting marijuana businesses

MariMed is Ready for Its Closeup: CEO Bob Fireman is Done Flying Under the...

Companies blanket Pa. with ads about how to get a medical marijuana card, but...

What is going on with OLCC recreational marijuana licensing?

Is marijuana legal in Delaware? What you need to know about the state’s efforts