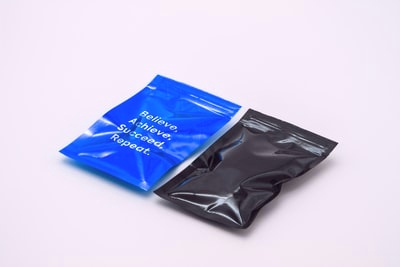 If you’re reading this you undoubtedly know that special purpose acquisition companies (SPACs) are all the rage. So, let’s talk about the future of raising money in cannabis.

Right now, nobody can deny that the U.S. political environment surrounding cannabis is causing the world to rethink its position. After the massive Canadian blowup in 2019 – which exposed the massive glut of money in Canadian cannabis that continues today – investing in cannabis is back in the form of SPACs.

There are a plethora of talented business people that want to join the cannabis arena. Generally speaking, it is a huge positive that experienced capital wants to acquire companies. However, there is a very serious lack of talented cannabis operators that have a proven ability to scale & build a company economically and profitably. SPACs will increase the asset pricing of existing facilities, but building more infrastructure in the future is critical.

Hurdles Remain for the Industry

Keep in mind, we are still very much in the era of prohibition. The best has yet to come. For the newer players, this is a reason to believe in the cannabis industry. For those of us who have aged waiting for market movement, there is no doubt that these winds of change are revolutionary but were expected long ago.

The cannabis industry is still riddled with ambiguity, high taxation, and onerous rules that make profitability elusive and allow illegal sales to proliferate. In a truly global world, it will be impossible to ignore an illicit market. We will treat the regulation of cannabis just like alcohol. Consumers are not going to tolerate expensive products that can easily be bought cheaper elsewhere. Likewise, patients do not want to pay expensive doctors to tell them to take pharmaceuticals like Epidilox through insurance, when they can easily buy high doses of nutraceuticals such as cannabidiol (CBD) cheaper over-the-counter. These bumps will be smoothed out over time.

SPACs will continue until investors get bored, at which point Wall Street will find a new way to raise money for high-growth industries. For now, we have the SPAC. SPACs are so limiting because they tie up money that should go to critically needed infrastructure and not to overly paid executives for purchasing existing overvalued facilities. Money should go to building a massive infrastructure to support a $200 billion dollar industry’s legitimization. Countries should be promoting legal enterprises that can compete and beat out the illicit market. Sure, SPACs will inflate prices, but the future exists for increasing and scaling infrastructures that support existing and new markets alike.

Where does the growing acceptance come from?

A major milestone on the path toward the boom we’re seeing today was the United Nations vote to reschedule cannabis as a medicine. This is a big accomplishment because essentially the world voted to accept science — beating the U.S. to the punch. This has led to more acceptance by international investors.

Seniors have found cures in arthritis pain and age-related issues; they are used to the insurance company paying for medicine. But a $35 vape pen that lasts a month can sometimes be better than hundreds of dollars in medicines to reduce pain. Young professionals that regularly want stress reduction are not going to keep paying high prices for pills, they will go to the local store and pick-up low-priced relief. This shift from high-priced goods and distribution will cause a corporate shift that will promote lower pricing and larger reach than ever imagined. Enjoy the SPAC movement, but realize that the big money has yet to enter the fray.

Pay Attention to These Factors

Predictors to keep an eye out for are:

2) Shifts from medical to recreational sales;

In Israel and Canada, the largest drug and supermarket companies are vying for space. In Canada and the U.S., alcohol distributors are very much pushing for regulation to support their control and position. Big Pharma is clearly just throwing spikes everywhere while informal and formal trials continue. Countries like France can be seen reevaluating the population’s position.

Post-COVID, who will deny the upward trend toward cannabis as the U.S. showed a 60 percent increase in sales? Cannabis has proven to be pandemic-proof, even beating out alcohol sales as the go-to relief during hard times.

So SPAC away, but don’t lose sight of the fact that a massive infrastructural and policy overhaul is what is really needed to achieve market implementation over the next 5 years. Entrepreneur celebrity personalities aside, cannabis has found its way onto the international stage. Whether policy starts out as medical or not, the dominant trend is tilted toward recreational sales. Cannabis did not come to the forefront because science accepted it, but because people demanded it. The market is so much bigger than today’s trends and predictions. My biggest piece of advice? Build, but don’t just follow buzzworthy names — Follow the will of the world.

The post SPAC Mania: The Biggest Cannabis Boom Is Yet To Come appeared first on Cannabis Business Executive – Cannabis and Marijuana industry news.

Descheduling Cannabis Will Not Relegate Its Sale Exclusively to Pharmacies; It Will Empower States...