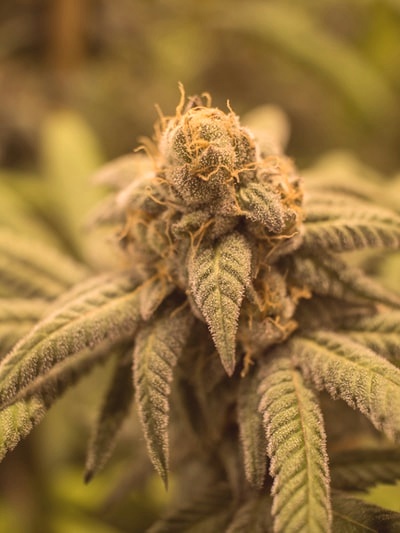 We have a long history here on the Canna Law Blog of analyzing the moves of the federal goverment, and in particular the Department of Justice (DOJ), when it comes to federal enforcement of the federal Controlled Substances Act (CSA). Over the years, we really focused on the acting U.S. Attorney General and how they treat state-legal cannabis from the top down. It seems like, for decades now, the DOJ has done an interesting legal and political dance with state-legal cannabis. And it appears that this odd legal tango may continue under President-elect Joe Biden’s pick for U.S. Attorney General, Merrick Garland, who is the former Chief Judge of the U.S. Court of Appeals for the D.C. Circuit and former U.S. Supreme Court Justice nominee under former President Obama.

Now, you may be wondering why I’m even concerned about Judge Garland and the DOJ when the Democrats just flipped the Senate after the Georgia Senate run-offs–we now have a Democrat in the White House and a Democrat-controlled Congress. This combination would seem to guarantee the passage of the MORE Act, which would very likely have otherwise died on the Senate floor with Republicans as the majority. The Dems also made it clear in their 2020 platform that they would get behind decriminalizing cannabis possession, re-scheduling cannabis on the CSA to get it off of Schedule I, and legalizing medical cannabis.  And now Majority Leader Chuck Schumer said back in October of last year that if the Democrats took the Senate, cannabis legalization would be a major priority.

The reason why Judge Garland and the DOJ still matter is because the MORE Act isn’t guaranteed to pass despite Democratic control of the White House and Congress where, for years now, moderate Democrats have been notoriously ambiguous about the treatment of cannabis legalization. President-elect Biden also stops short of any kind of endorsement of outight legalizing cannabis for non-medical purposes (if you recall, we gave him a grade of “D” when evaluating then Presidential candidates and their stance on cannabis). And with the MORE Act, itself, it really seems like Democrats just want cannabis off of Schedule I of the CSA without much more detail about its regulation, taxation, and government oversight, which will also delay the passage of the MORE Act where those very important details will now likely need to be sussed out if the Act really stands a chance of passing. Further, with 2022 midterm elections on the horizon, the Democrats don’t have very long to act if they truly want cannabis legalization and a Republican minority in the Senate could fillibuster any legalization effort accordingly. Basically, the MORE Act isn’t a done deal by any means, which unfortunately means the top prosecutor at the DOJ still matters for state-legal cannabis businesses at least for the next couple of years.

The DOJ first opined on its enforcement priorities back in 2009 with the Ogden memo (Ogden was Deputy Attorney General at the time), which basically stated that if a medical cannabis operator was in clear and unambiguous compliance with applicable state medical cannabis laws, they would not be a top enforcement priority for the DOJ. Then, in 2011, the first Cole Memo (yes, that Cole) essentially retracted the Ogden memo, and the DOJ got very active with prosecuting state-sanctioned medical cannabis businesses. Fast forward to 2013, and Cole gave us the famous Cole Memo with eight specific enforcement priorities the DOJ was supposed to follow in states with state-legal cannabis. That memo (and all other DOJ guidance on cannabis enforcement) was rescinded in January 2018 by then U.S. Attorney General Jeff Sessions and it was all replaced with a one page memo that basically indicated that U.S. Prosecutors should enforce the CSA in line with the priorities of their own districts. Before current U.S. Attorney General William Barr was appointed to the position, he testified before Congress that, while he wasn’t in love with how the federal government was handling state-legal cannabis, he and the DOJ would adhere to the 2013 Cole Memo enforcement principles, which they pretty much have. That brings us now to Judge Garland, Biden’s U.S. Attorney General nominee.

The only official, recent court record we have regarding Judge Garland and cannabis comes from Americans for Safe Access, et al. v. the Drug Enforcement Administration.

In that case, the Drug Enforcement Administration (DEA) rejected a 2002 petition by the Coalition to Reschedule Cannabis to reschedule cannabis from Schedule I to a Schedule III, IV, or V drug under the CSA, which such rescheduling requires “a currently accepted medical use in treatment in the United States” dictated by five-part evaluation used by the DEA:“(1) The drug’s chemistry must be known and reproducible; (2) There must be adequate safety studies; (3) There must be adequate and well-controlled studies proving efficacy; (4) The drug must be accepted by qualified experts; and (5) The scientific evidence must be widely available.” The DEA rejected that petition finding that “[t]here is no currently accepted medical use for marijuana in the United States,” and that “[t]he limited existing clinical evidence is not adequate to warrant rescheduling of marijuana under the CSA.” The ASA then appealed the DEA’s rejection to the D.C. Circuit Court (Judge Garland was on the three-judge panel that heard the appeal), arguing that the DEA’s decision was arbitrary and capricious. The Court held that the DEA’s denial was neither arbitrary nor capricious where no “currently accepted medical use” for cannabis exists because such use requires “adequate and well-controlled studies proving efficacy,” and there’s “substantial evidence [supporting the DEA’s] determination that such studies did not exist.

While it may seem illuminating, the foregoing case doesn’t necessarily matter that much for how Judge Garland will treat state-legal cannabis as U.S. Attorney General where that role is wildly different than acting as a U.S. Circuit Court Judge. The DOJ’s mission is “to enforce the law and defend the interests of the United States according to the law; to ensure public safety against threats foreign and domestic; to provide federal leadership in preventing and controlling crime; to seek just punishment for those guilty of unlawful behavior; and to ensure fair and impartial administration of justice for all Americans”. The DOJ is not tasked with interpreting federal laws. At the same time, the U.S. Attorney General has the authority to spur the re-scheduling of cannabis, and the U.S. Attorney General has wide latitude when it comes to the volume of enforcement and determining enforcement priories (see the second Cole Memo) because of inherent prosecutorial discretion, but they cannot change the law or interpret it on their own whims or politics.

The truth is that no one can say yet how Judge Garland will treat state-legal cannabis while cannabis remains illegal under the CSA, and we won’t know his official attitude towards it (acting as U.S. Attorney General) until he reaches confirmation hearings where, hopefully, the inquiring Senators will ask the hard questions about cannabis enforcement if Congress fails to achieve cannabis legalization. So, be sure to stay tuned.

When Demand Letters Go Too Far