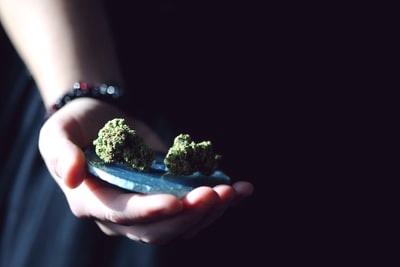 THE latest iteration of the UK Food Standards Agency list of Validated Novel Food CBD applications has been published with just one more supplier and a further 20 products added.

The FSA’s latest announcement has been welcomed by EMMAC, but has been met with a muted response elsewhere in the industry with some expressing concerns over the FSA’s pedestrian pace.

This week’s Public List features products from three companies all supplied by Rokshaw Laboratories. These include 10 products from Scottish company Canidol featuring CBD capsules and oils in a variety of pack sizes.

EMMAC CEO Antonio Costanzo, welcomed the Validations, saying:  “We are delighted that Rokshaw is one of the first companies to have its CBD branded products approved by the FSA. EMMAC, and by extension Rokshaw, has always been science-led and customer-centric.

“The FSA’s validation is an important milestone because it is another proof point that gives our customers peace of mind that they are purchasing safe and high-quality products. I’m proud of our team’s work in securing the legal requirement so quickly and advancing our position in the wellness market across the UK.”

Matt Lawson, Co-Founder and Director of the industry experts The Canna Consultants, questioned the integrity of the FSA process.

“Like exam results it would have been much better if everything had been released on the same day.

“This lackadaisical attitude from the FSA allows some companies to take commercial advantage of their Validations. This is unfair on those who submitted at the same time, within the original deadline, and may not get Validation until June or July.

“The FSA say they will be finished by June but with only 40-or-so products Validated, to date, and some applications covering hundreds of products this does not seem possible.

“The first stated closing date for applications was mid-February and over two months on and they have reviewed just three applications – it does not look promising.”

The original deadline of mid-February for UK CBD Novel Food applications to be submitted was later pushed back to March 31, by the FSA.

The FSA subsequently opted to publish two lists – one for those Validated products and a second will feature products put ‘on hold’ with further ‘risk assessment’ information needed.

The FSA has told BusinessCann this week that it is pressing ahead with this work and it ‘expects it to be completed by June’.

However, as Mr Lawson pointed out some cynics may well be wondering whether this will, in fact, be June, next year.

This particular UK Novel Food application process is restricted to products that were on the UK market prior to February, last year. Once Validated the applications have to be Authorised following a Safety Assessment to remain on the market.

EMMAC has announced it has received has received Validation from the European Commission and European Food Safety Authority for its dossier on synthetic CBD as a Novel Food.

It partnered with Farmabios, a member of the PharmaZell Group, to formulate a ‘nature-identical, pure CBD alternative with undetectable THC levels‘.

Mr Costanzo, said: “The European Commission’s decision on CBD is crucial to protecting European consumers and EMMAC welcomes its efforts to regulate the sector with meaningful regulation that ensures the safety of CBD products.”

The Future for Smokable CBD Products is Not Great: Part 2