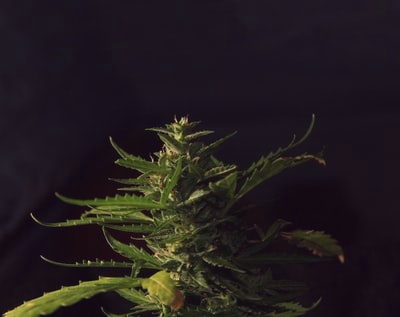 Now that the Marijuana Regulation and Taxation Act (the MRTA) is (just about) law, the most frequent question (really, the only) we get at the Canna Law Blog is: what do I need to do to get a license? The answer is in the hands of the Cannabis Control Board (the CCB), a newly established governing body that will oversee the equally new Office of Cannabis Management (the OCM). Since the CCB will be responsible for implementing and regulating New York’s cannabis industry, our series on the specific components of the MRTA begins with a deep dive into the CCB and its powers and responsibilities.

What is the CCB?

A key point: the composition of the CCB will be geographically and demographically representative of the State and the communities historically affected by criminal prosecution of marijuana offenses, with its principal office in Albany and branch offices in New York City and Buffalo (to start). It is clear that the CCB will be focused on the impact of the cannabis industry from a statewide perspective, and not just New York City.

What are the CCB’s responsibilities and powers?

Basically, the CCB is tasked with creating New York’s cannabis industry from scratch. Among its enumerated powers:

What do we know about the registration, licensing, and permitting process based on the CCB’s powers?

As of now, we do not know about the specifics beyond the types of licenses that will be issued.  With that said, based on requirements for the social and economic equity program, the required composition of the CCB, and the CCB’s enumerated mandates, we can make an educated guess about the following:

When will the CCB begin creating and implementing the rules and regulations for New York Cannabis Industry?

So far, no specific time frame has been announced for appointing members to the CCB, the other advisory boards authorized by the MRTA, or filling positions within the OCM. Here is what we do know: the MRTA requires the CCB to issue an annual report on the effectiveness of the MRTA, with the first such report due by January 1, 2023. By definition, the deadline for the CCB’s first annual report implies that registrations, licenses, and permits will be issued early enough for sales to begin in 2022. Accordingly, it would be surprising if details on the registration, licensing, and permitting processes are not released this calendar year.

What is the OCM and how is it different from the CCB?

The OCM is effectively responsible for the administration of New York’s cannabis industry. For example, the OCM will be responsible for prescribing the actual application forms for licenses and permits and will submit completed applications (and recommendations) to the CCB for a final determination on the respective application.

Anything else you should know about the CCB?

The overarching point is that the CCB will be creating and regulating New York’s cannabis industry. As we all wait for details, the MRTA gives us a good sense of what the CCB will prioritize when creating and implementing a framework for the legal marijuana industry in New York.

Stay tuned to the Canna Law Blog for our next MRTA summary, coming live from our New York office. Please feel free to contact us with any questions.

Beyond the Bud: Earn More Money From Your Cultivation Business, Part 1

The Challenge Of Building Credit In The Cannabis Industry