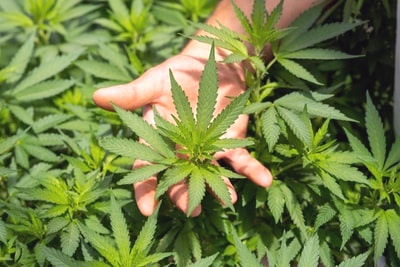 The first time Allison Enright, a Brevard County teacher, fell at work, doctors prescribed her opioids to deal with the pain.

During the year that followed her fall, she saw her body start to deteriorate. When the prescription medicines and physical therapy didn’t work, a workers’ compensation doctor recommended she use medical marijuana to avoid using a wheelchair.

She describes the drug as her miracle.

The second time the Space Coast Junior and Senior High teacher fell at work – a student pushed her in the hallway during the pandemic – she disclosed under her workers’ compensation plan that she used medical cannabis for pain management.

A 3-2 vote by the Brevard County School Board fired her after a short administrative leave. She had been teaching and working in schools for more than 30 years.

“I don’t know that I ever would have tried medical marijuana had I realized this was the consequence.”

Legislation to protect Florida public employees like Enright has stalled this session, leaving a disconnect between restrictive federal laws and permissive local laws. Democratic representatives proposed House Bill 335 to prohibit employers from taking action against qualified medical marijuana patients, was referred to four subcommittees in February and hasn’t been heard since. [Read more at WUFT]

Missouri medical marijuana program hit with another subpoena from feds

What’s In a Number? Why You Should Be Thinking About Your ‘Perfect Order Index’