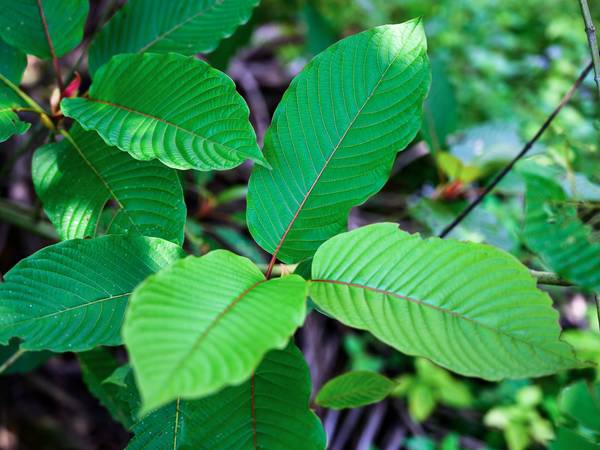 Its effects are milder than products made from opium, although they can be said to be somewhat similar. In this way, in low doses, it is a kind of stimulant, while in high doses, the Mitragyna speciosa kratom works as a narcotic and soothing.

The symptoms begin to be noticed between the first 5 and 10 minutes after ingestion and usually remain unchanged for several hours. Among the active components that make up the Mitragyna speciosa kratom, called alkaloids, it is the mitragynine that is responsible for transmitting a large part of these effects.

Mitragynine is part of the opioid agonists, which means that it influences the receptors that affect people’s mood, as well as their anxiety levels, causing a pleasant feeling of euphoria and improving their emotional attitude, such and as it happens in the case of the rest of the opiates like opium or heroin.

It can be said that the most significant difference between opiates and mitragynine lies in their addictive attitude since the latter does not lead to voracious and destructive dependence.
Users who describe their feelings with the Mitragyna speciosa, speak of a euphoric and stimulating sensation that sometimes also works as a pain reliever or relaxing product.

Best of all, these people ensure that being euphoric does not condition them to act as they usually would, and they find themselves with enough energy to do so.
Most users who use it claim that it is stimulating in a small dose and that its effect is sedative when consumption is higher. Used regularly, it can have some not very positive results, and in some cases, nausea and headache are usually experienced after use.

READ  Which Kratom Strains are Best for Focus and Energy?

The dose will depend on what you want to obtain and the degree of experience the user has. Either way, 5 or 10 grams of dried leaves are usually enough to start with. If the leaves are not used, and the product is converted into powder, it is advisable to decrease the dose, from 3 to 5 grams, since its effects are more intense. If this product is used responsibly, that is, once or twice a month, at most, it is not addictive.

People who use it more frequently, meanwhile, will tend to increase the dose gradually.

As we have previously said, it does not cause the same addiction as opiates, although the habitual consumer will feel the need to increase the quantity. Once the fibrous central part has been removed, it is possible to chew its fresh leaves. The same can be done with dry leaves, but it is more complicated to do so, and in this case, most users choose to turn them into powder or simply crush them.

When chewing, you have to do it properly, repeatedly, and for a significant time. After carrying out this activity, many users tend to drink tea or warm water. A kind of extract can be made in the form of a paste that can be stored and used later.

This is achieved after bringing a few dry or fresh leaves to the boil, as the user prefers. What you need to do next is prepare small balls to ingest them or make a tea by dissolving it in hot water.

It is incredible; the Kratom Mitragyna speciosa can reach 9 meters high and measure about 4.5 meters wide, although some of these plants can reach 30 meters.

It is not particularly beautiful or conspicuous, it belongs to the Rubiaceae family, and it is perennial, although everything will depend on the environment and climate where it is grown. Its flowers are yellow, rounded, and tend to form clusters, while its leaves are dark green and elliptical.

These medicinal trees or plants regularly change their leaves, although, in the driest seasons, they lose the highest number of leaves, while in the rainiest seasons, naturally, their growth is more abundant.

In the market, different varieties are depending on the user’s needs: leaves, resin, and powder. The effects of these last two are more powerful than in the case of the leaves, although their intensity also depends on the quality of the original plant and its age.

When buying the kratom for sale, the user can find a combination of leaves of different qualities, which is recommended when making their extract. Similarly, there are high-quality leaves that are ground or purchased in pieces, although it is more expensive. In these cases, the products will be more productive, and less effort will be needed to achieve results. However, one option cannot be said to be better than the other.