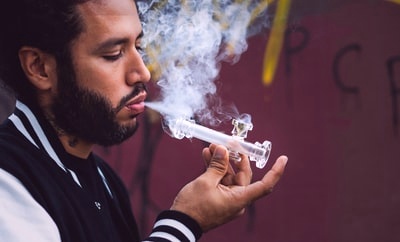 This post discusses the use of the federal “illegality defense” in connection with third-party subpoenas in litigation.

Let’s start with a review of the illegality defense.

Cannabis litigators, investors, and companies who decide to filing lawsuit arising out of a business transaction likely are familiar with the “illegality defense.” An initial question is choosing a forum for a cannabis dispute. The forum may be federal court, state court, or an arbitration if there is an agreement to arbitrate disputes.

Filing in federal court is not an option (or at least not the best option) in most instances because marijuana is a controlled substance under federal law. This means a contract concerning marijuana may be found void for public policy reasons, i.e., unenforceable, by a federal court on the ground that the subject of the contract (marijuana) is illegal. My colleague Vince Sliwoski neatly summarized the illegality defense in Federal Courts are Going Backward on Cannabis, as follows:

The touchstone ruling here is found in Mann v. Gullickson, 2016 WL 6473215 (N.D. Cal. Nov. 2, 2016). In that case, the court observed that “[n]o principle of law is better settled than that a party to an illegal contract cannot come into a court of law and ask to have his illegal objects carried out…” (quoting Wong v. Tenneco, Inc., 39 Cal. 3d 126, 135 (1985)). That makes sense, right? For example, if Party A pays Party B to start a forest fire, but Party B pockets the cash and skips town, no court would require Party B to return and start the fires. The contract would be void for public policy reasons.

There is some “wiggle room,” as Vince notes, and exactly what contracts and on what occasions a federal court may enforce (or not) a contract related to marijuana is an evolving area of law.

The illegality defense often asserted is by a defendant at the outset of litigation to seek dismissal of a federal court case. The defense also is available in state courts where marijuana is illegal. But the defense typically is not raised in state courts that have legalized marijuana under that state’s laws. State courts in California, Oregon, Washington regularly hear disputes involving marijuana and the illegality defense is not going to be successful. Indeed, a California statute expressly declares the defense is not available.

With that brief review, let’s turn to third-party subpoenas. In many lawsuits, a party needs to collect relevant documents from persons or entities who are not parties to the lawsuits (third parties) and a party may desire to depose a third-party. This part of the discovery process typically occurs by the court, or the attorney as authorized by relevant rules, serving a subpoena on a third-party that compels the productions documents or appearance at a deposition. (Subpoenas also are used to compel appearance at trial to testify, but that won’t be discussed here). Failing to obey a subpoena without sufficient cause may lead to a further court order and sanctions up to and including contempt of court.

Disobeying a subpoena is no small matter. The how, when, and where of subpoenas are governed by procedural rules. Each state has its own set of rules and the federal courts have the Federal Rules of Civil Procedure. The procedure for serving a subpoena on a non-party located within the state or within the jurisdiction where the litigation is taking place is straightforward.

Subpoenas are more complicated when the third-party is located in another state or federal judicial district. (The federal rules, however, were amended in 2013 to greatly simplify that process.) When a party in Oregon, for example, wants to serve a subpoena on a third-party in another state, North Dakota, for example, the subpoena must comply with the Oregon rules and the rules and process established in North Dakota for the service of a “foreign” subpoena. (The term “foreign” here means any subpoena from a court or judicial body located outside of North Dakota). In some states, a party seeking to serve a “foreign” subpoena must formally file documents to initiate a case that requests the court to authorize service of the foreign subpoena. Other states require the party to submit a “letter rogatory” or seek a “commission,” to serve the foreign subpoena. Although less formal than initiating a case, they can be cumbersome in practice.

The question is an open one, as far I know. (If you know differently, please email me.) Let’s continue to use Oregon and North Dakota as an example. Suppose litigation filed in Oregon concerns marijuana and assume the nature of the litigation is such that the illegality defense would apply without question in federal court. Assume a key third-party witness is located in North Dakota (where marijuana isn’t legal) and has no interest in cooperating with either party. So the witness asks her lawyer to try and fight the subpoena. What are the odds of successfully moving to quash the subpoena using the illegality defense?

Another question is whether the rules allow a non-party to raise the illegality defense in a motion to quash. The rules of procedure do not expressly list the defense, but the rules do allow a motion to quash on the ground that the subpoena “subjects a person to an undue burden.” So does compelling a person to appear a deposition related to an “illegal” contract subject a person to an undue burden? It is at least conceivable that a non-party should not be required to give testimony related to an “illegal” contract.

The question likely turns on principles of interstate comity. That underlying principle is that states should respect and enforce the laws and judgments of other states and their state courts. Interstate comity is a keystone of our constitutional system and cooperation is manifested in interstate compacts, reciprocity statutes, uniform laws, and informal practices derived from a substantial number of common law judicial decisions on the subject. So perhaps the North Dakota court says, look, although marijuana is not legal in this state, it is in Oregon, ergo the non-party may not prevail on the argument that it is an undue burden to be deposed in connection with a contract that would be unenforceable in North Dakota. But perhaps not. Perhaps the North Dakota court takes the view that although comity is important, comity does not require the North Dakota court to authorize and sanction the use of its powers to compel a North Dakota resident to testify on a dispute subject to the illegality defense under the laws of North Dakota and at the federal level.

This may be an interesting topic for a law review article … for any law students in our readership.

Toxic air pollutants from smoking cannabis with a bong are 4 times worse than...

New York Cannabis Farms Have $750 Million of Weed — and Nowhere to Sell...